WAUKESHA, WI/NEW YORK, N.Y. — Kalmbach Media, the content creator of such well-known and respected media brands as Astronomy, Discover, Model Railroader, and Trains, today announced the launch of a new special publication, Astronomy for Kids. Available in print and digital format, Astronomy for Kids continues Kalmbach’s aggressive growth of its science strategy and the expansion of its exclusive STEM product offerings.

“Astronomy has been involved in science education ever since the magazine started in 1973, but Astronomy for Kids is the first publication we’ve produced specifically for children,” says editor Michael E. Bakich. 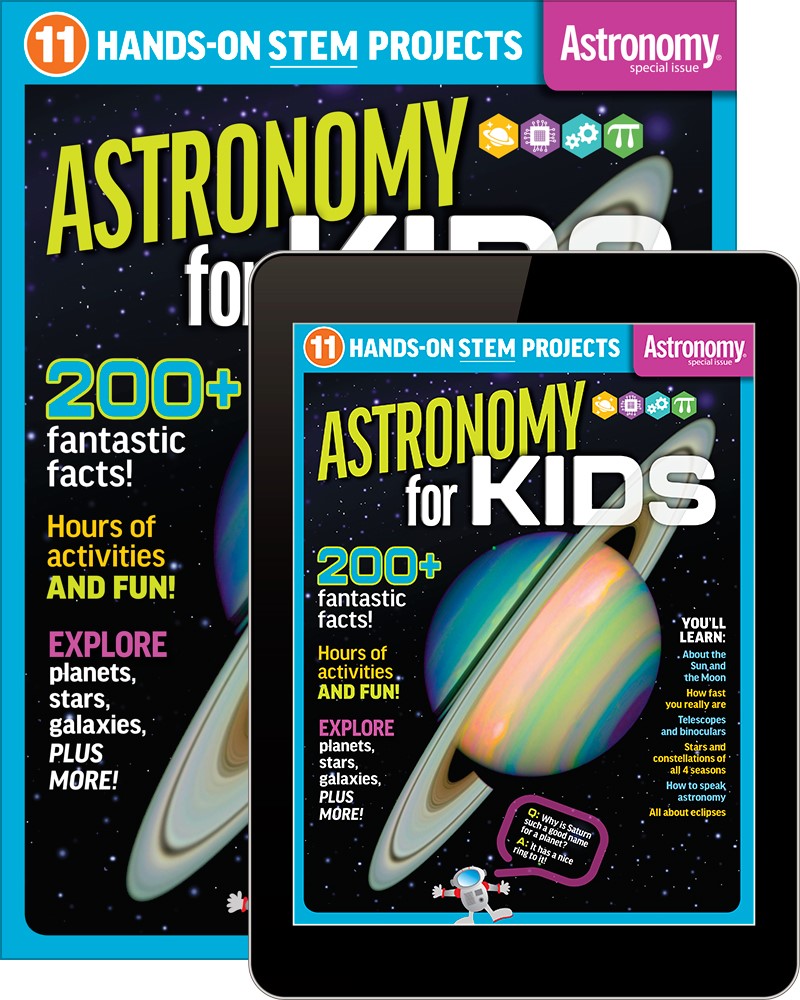 The 100-page magazine features 30 stories, plus activities, comics and games designed to educate and entertain kids as they learn the basics of stargazing. “Beyond the stars and constellations, we’ve included stories about the Moon, the planets, comets, the Hubble Space Telescope, how binoculars and telescopes work, and solar eclipses. In addition, for kids that want to do science we’ve created 11 STEM projects perfect for hands-on learning,” Bakich notes.

The magazine, on newsstands March 12 for $9.99, is also available for digital download now at Kalmbach’s MyScienceShop.com as one of several exclusive products Kalmbach has developed for STEM audiences, including globes of the solar system, meteorite kits and much more.

The Kalmbach Science Group’s combined magazines, web sites, email newsletters, and social platforms reach more than 10 million science enthusiasts each month. Kalmbach’s focus on e-commerce has resulted in significant year-over-year growth, especially in the science and STEM categories. Since its launch in 2015, MyScienceShop.com e-commerce revenue has grown over 300%. This substantial growth is due to the 150% increase in site traffic, and the release of more than 500 new products on the Kalmbach science storefront.

Kalmbach’s digital media websites and extensions across the Kalmbach portfolio of brands reach more than 35 million consumers on 18 sites, including the e-commerce sites My Science Shop, Kalmbach Hobby Store and the Jewelry & Beading Store. Kalmbach is also a leading producer of conferences and experiential events for the hobbyist and enthusiast marketplace including the recently held International Train Expo; the Bead & Button Show, which draws over 11,000 participants from across the country; and, the Craft Beer Festival among others